Lindsey Graham is LYING about DNC Emails being Hacked by Russia

What we need now is for Senator Lindsey Graham to explain how his best friend, former Senator John McCain, is directly connected to the ShadowNet I developed for Obama's National Security Advisor.

Just before the 2018 mid-term elections, I met Lindsey Graham at an event in Orlando, FL. I told Lindsey that I built the same social media psychological warfare capabilities for Obama that we indicted the 13 Russians for, and that Paul Manafort was our partner.

Lindsey instructed me to give his staffer the copy of my book I brought for him which explains it in more detail, then shook my hand and took a the picture with me below. I have since then sent by both email and facsimile additional, newly discovered information in official, documented requests for a classified briefing with the Senate Judiciary Committee. I’ve heard nothing but crickets from Mr. Graham.

Lindsey is now on a ‘McCain like’ fake news tour claiming he believe’s the Special Counsel’s report that pins the DNC email “hack” on Russia. As you can see in my speech just a few days before Lindsey started his unapologetic Russian collusion tour, I was speaking at the Tea Party Manatee club discussing the very fact that there was NO POSSIBLE WAY any intelligence agency can definitively say whom was responsible.

The technical reason my assessment is different from the intelligence report is because they are using breadcrumbs of evidence provided to them by a private, 3rd-party tech company the DNC provided. Additionally, I have evidence that connects that tech company to the Israeli company Mueller’s indictments pointed to named Wikistrat, and its sister corporation, Psy-Group.

Watch below then please explain to me how Lindsey can say with a straight face to the American people that he knows without question the DNC “hacking” was by Russian state actors? As you will see, I’m not sympathetic or naive to Russia messing with America; it’s kinda their thing.

As you will see in my chart connecting the ShadowNet to these two companies and 8 other people to the Russian dossier, one of Lindsey Graham’s closest friends, John McCain, is directly tied to the ShadowNet, fabricated Russian dossier and likely even the DNC email socially engineered influence operation (not “hacking”).

In this video I explain the connections in the chart above.

What we need now is for Senator Lindsey Graham to explain how his best friend, former Senator John McCain, is directly connected to the ShadowNet I developed for Obama’s National Security Advisor.

Graham has known about this since I believe before the 2018 mid-term elections, and I believe had he investigated what you have just seen in the video above, the results of the mid-term elections would have been a lot different. Imagine if we had been discussing Obama’s actual connection to the ShadowNet instead of the fabricated “Russian collusion” hoax we got – LIKELY USING THE SHADOWNET!!!

Sorry for shouting there, but this DC swamp BS really gets frustrating and I could use your help. Please share this to your friends, groups, elected officials and the media. If enough people ask them, they won’t be able to continue covering it up… 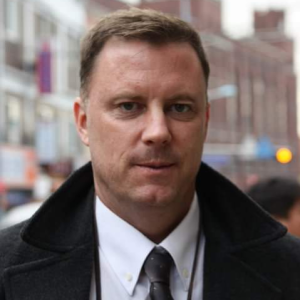