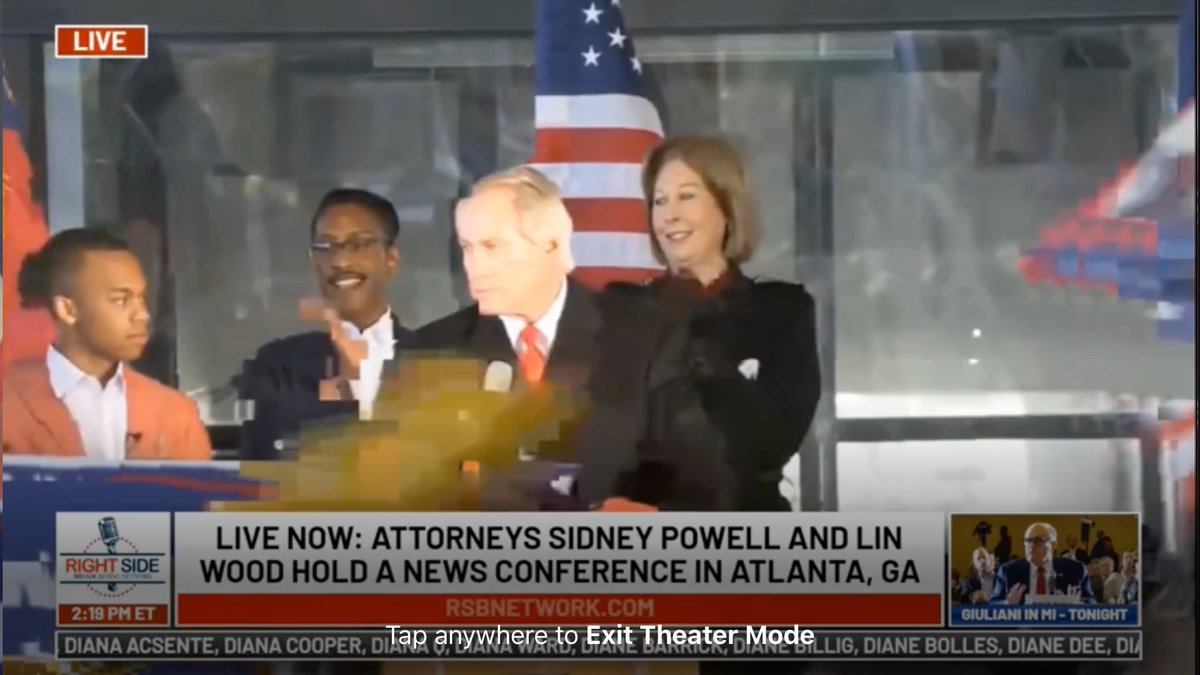 I went to DC shortly after the November 3rd election to provide my sworn affidavit on election interference. For over 2 months I watched is dismay as hundreds of MIC contractors picked the bones of Trumps presidency like vultures with fresh carrion. Multi-million dollar contracts were being used to investigate election tampering by the same people President Trump was trying to eliminate – the Military Industrial Complex. What could possibly have gone wrong with that plan? LoL

I attended numerous meetings with Patrick Byrne, co-founder of Overstock.com, met with Joe Flynn, investigators working for Michael Flynn, Sidney Powell, Lin Wood and many others at the “tip of the election scandal spear”.

It didn’t take long for me to see that my affidavit, although verified by these same people, was being covered-up. When I asked Patrick Byrne directly to his face to “tell me straight, is my affidavit going to President Trump with the rest of the whistle-blowers affidavit’s,” Patrick was at least honest with me and said, “no.” He told me it was briefed to Flynn and his team and everyone freaked out (I’m paraphrasing) and his impression to me was that it was going to be used for something later.

Smelling bullshit (not from Patrick, I liked him. He was actually honest, but Flynn, Powell, Lin… not so much) I moved out of the room I was being provided by Patrick Byrne and reached out to my supporters to help me cover my own expenses so I would be subject to their BS. You will see that stated as such in my e-mail to Sidney Powell and Lin Wood following the Ali Akbar staged PSYOP event (see video and affidavit I posted at that same time below Powell email).

I gave Sidney Powell the opportunity for herself and Lin Wood to explain why my affidavit exposing Obama/Biden’s ShadowNet, which was HEAVILY VETTED & VERIFIED by multiple teams of investigators, was covered-up and they chose not to answer. After seeing reports of Gen. Flynn’s brother being in the room when the request for help to the National Guard was rejected, I’m now even more concerned that my affidavit was covered-up because they had another plan of their own on January 6th involving the attack on the capital.

To my knowledge, and I have a lot of evidence to support this from my meeting with Mayor Guiliani, whom it was clearly also kept from, my affidavit was kept from President Trump by Flynn, Powell and Wood. I’m seeing that a lot of things that could have proven President Biden rigged and stole the election was kept from President Trump, which I believe was not only criminal, it was potentially part of a sedicious conspirary and likely illegal. It is because of this I’ll be taking this email, my affidavit and other evidence to the FBI investigating the January 6th attacks.

This evidence will exonerate President Trump in the upcoming impeachment trial, and I fully intend to have it included into the record. It is my hope that Mayor Guliani will help me to expose this in his testimony as well. If not, then I’ll cross that bridge when I get to it. Thus far he’s been straight with me. This must be heard if we are ever going to get a handle on such treasonous attacks in the future. I’d also argue there may have been more involved with the election investigation than just counting the votes; stealing the voter data acquired by court orders is just one of many possible things we need to investigate. They were up to something, and none of it to me looks good. We need to find out what.

Whatever their intentions, these people were lying to me, you and all American’s for a very long time and jeopardizing our national security in the process. I believe had my affidavit been given to President Trump as required by law, much of what happened on January 6th, if not all, would have been avoided. That includes the current impeachment of President Trump that’s based on the pre-planned attack on our nations capital by many of the same people that were attacking me, covering up my affidavit and the social media influence operation that lead to the attack – many of whom were literally former PSYOP colleagues of mine that are still active in the military.

We are a nation of laws, not anarchists, retired General’s, corrupt journalists, paid social media assest and military PSYOP teams using fake news and social networks to generate the anger and hate that lead to the events of January 6th by largly well meaning, patriotic American’s that were used as pawns to cause the chaos we witnessed. I consider many of the Proud Boys, Oath Keepers and others as my friends, and using them for your stupid little PSYOP games has pissed me off even more than I had been before!

If you knew about Obama/Biden’s ShadowNet and covered it up, you won’t get a pass with me. The blood of all those that died on January 6th and the impeachment of President Trump (both impeachments) is on YOUR hands!

I’m currently updating my affidavit to include many other suspected threat-actors that came onto my radar since I updated it back in November. I’ll be sending the updated copy certified mail to the Senate Judiciary, House Intel Committee and FBI when complete. They can all add it to the existing one’s they had but covered-up for the last several years, which I’ll be testifying to for misprision of treason.